DID YOU KNOW THE CHURCH IS THE HIGHEST LEGISLATIVE AUTHORITY ON EARTH?
- And that is why the devil wants it shut!

If you want to be practical and make a change to your country, then read further.

Where the Church is supposed to be... 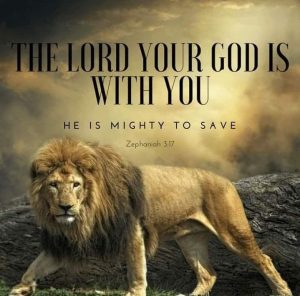 Where the Church currently is... 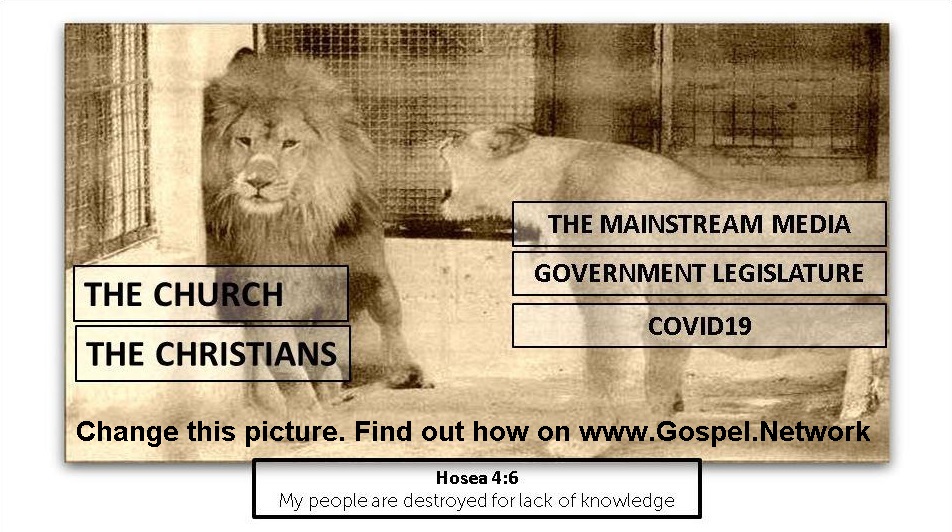 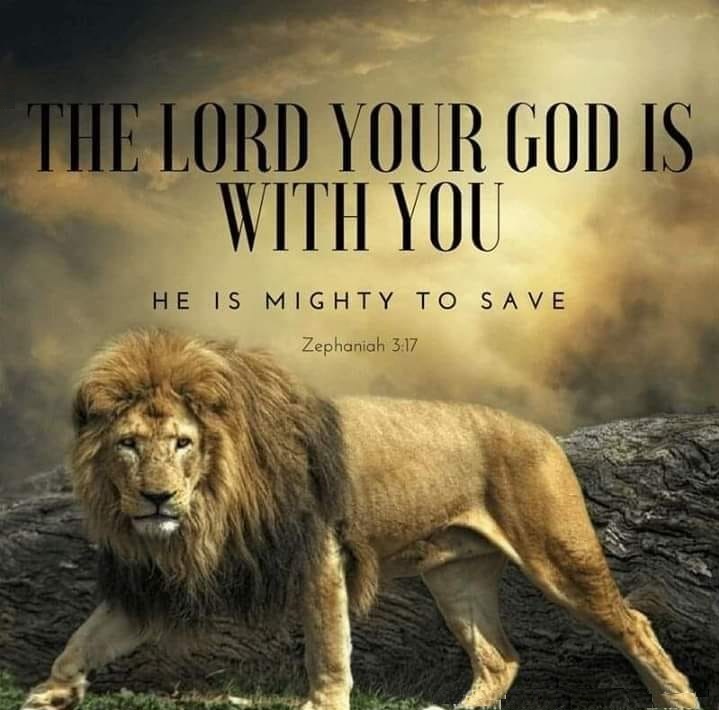 THE POWER OF UNITY:

The Power of Unity is explained in the Bible in the account of the building of the tower of Babel. Man wanted to build a tower that would get them to God.

Genesis 11:6
“And the LORD said,
Behold, the people is one, and they have all one language;
and this they begin to do: and now nothing will be restrained from them,
which they have imagined to do.”

A people,
that did not know God,
who were not Christian,
who were full of fleshly desires and
who wanted to place themselves in heaven –
is, according to God,
able to do ANYTHING they have set their minds to,
once they unite in a matter: even get to God in heaven!

But! If this is true of unbelievers,
then how much more can Christians literally
do ANYTHING they desire today
because of the backing we have from heaven!

We only need to come together in UNITY and have ONE voice and then we can have whatever we want in line with God’s Word and God’s Will for mankind.

So what does this mean?

That the Church will be able to change anything it wants when we join our minds and our voices together to speak out of one mouth.

The church can do anything:

Whatever they imagined to do - they can do it. Genesis 11:6

The Unified Christian's Voice can change any situation - the Perfect example:

We read in the Book of Acts chapter 12 how the church got together in UNITY and prayed with ONE voice in ONE accord, without ceasing. Peter was imprisoned for his faith and the Church realised that if they will not pray, Peter would be killed just like James was killed recently.

Act 12:1 Now about that time Herod the king stretched forth his hands to vex certain of the church.
Act 12:2 And he killed James the brother of John with the sword.
Act 12:3 And because he saw it pleased the Jews, he proceeded further to take Peter also. (Then were the days of unleavened bread.)
Act 12:4 And when he had apprehended him, he put him in prison, and delivered him to four quaternions of soldiers to keep him; intending after Easter to bring him forth to the people.
Act 12:5 Peter therefore was kept in prison: but prayer was made without ceasing of the church unto God for him.
Act 12:6 And when Herod would have brought him forth, the same night Peter was sleeping between two soldiers, bound with two chains: and the keepers before the door kept the prison.
Act 12:7 And, behold, the angel of the Lord came upon him, and a light shined in the prison: and he smote Peter on the side, and raised him up, saying, Arise up quickly. And his chains fell off from his hands.
Act 12:8 And the angel said unto him, Gird thyself, and bind on thy sandals. And so he did. And he saith unto him, Cast thy garment about thee, and follow me.
Act 12:9 And he went out, and followed him; and wist not that it was true which was done by the angel; but thought he saw a vision.
Act 12:10 When they were past the first and the second ward, they came unto the iron gate that leadeth unto the city; which opened to them of his own accord: and they went out, and passed on through one street; and forthwith the angel departed from him.
Act 12:11 And when Peter was come to himself, he said, Now I know of a surety, that the Lord hath sent his angel, and hath delivered me out of the hand of Herod, and from all the expectation of the people of the Jews.
Act 12:12 And when he had considered the thing, he came to the house of Mary the mother of John, whose surname was Mark; where many were gathered together praying.
Act 12:13 And as Peter knocked at the door of the gate, a damsel came to hearken, named Rhoda.
Act 12:14 And when she knew Peter’s voice, she opened not the gate for gladness, but ran in, and told how Peter stood before the gate.
Act 12:15 And they said unto her, Thou art mad. But she constantly affirmed that it was even so. Then said they, It is his angel.
Act 12:16 But Peter continued knocking: and when they had opened the door, and saw him, they were astonished.
Act 12:17 But he, beckoning unto them with the hand to hold their peace, declared unto them how the Lord had brought him out of the prison. And he said, Go shew these things unto James, and to the brethren. And he departed, and went into another place.

Therefore, in the same manner, the Church TODAY can change anything in South Africa. Ungodly laws, ungodly systems, Junk Status, cast out Covid19 spirits, just imagine the possibilities. (This is also why the devil doesn’t want the church to gather together anymore).
Let’s unite our voice on Gospel.Network

God gave the Church His full backing when He prophesied that Christians WILL be Unified, so our Unity is sure, nothing will stop the Christians from coming together, we actually just have to do it and www.Gospel.Network gives the ideal platform to do this.

Ephesians 4:13 “Till we all come in the unity of the faith, and of the knowledge of the Son of God, unto a perfect man, unto the measure of the stature of the fulness of Christ”.

Clearly God wants the Church to come together in love, yet in Unity of Diversity of the members of the Body of Christ:

1 Corinthians 12:12 For as the body is one, and hath many members, and all the members of that one body, being many, are one body: so also is Christ.

Even if we only have 1 million people walking in the Spirit as one Unified Body of Christ, joining a Unified Gospel Network, we will be a spiritual force, a Spiritual Giant that cannot be stopped. How much more when we get to 20 million. This surely is something to pray into existence.

A unified Church will solidify the Church’s standing as the Highest Legislative Authority on earth.

Therefore when the Church unifies, it is the Highest Legislative Authority in South Africa!

There will be no law that will be passed without the Christians and Church being informed about it and having a say about it.

I want to make a change.
What can I do?

1. Join the Gospel.Network. Register on the database and get active with your Christian faith.

2. Tell all your friends to join Gospel.Network

Forward the registration links to register on the Gospel.Network to all your friends, family and colleagues. If every concerned and active  Christian just gets 10 contacts to register, we will have 1 million voters in the twinkling of an eye.

Join us on Telegram on our channel:
https://t.me/wwwgospelnetwork

Follow the 10×10 principle. Everyone just bring 10 people at bare minimum and encourage those 10 to bring 10 more and ensure they too have brought 10 and in no time we have 1 million users active on the Network.
www.Gospel.Network

The more voters we get, the sooner we can effect changes. Mass voting creates a ripple effect in our society. Take 2 minutes to vote. It can alter things for a lifetime of good.

With mass participation by Christians in Christian Associations we can change every sector of our nations.

5. Join Telegram Messenger and ask all your Christian friends to join too

Whatsapp is owned by leftist Facebook that censor Christian pages and content. They monitor Christian messages and stop information spread by limiting messages only to be sent 1 by 1 on frequently forwarded messages. On Telegram messages are completely encrypted and secure, with no censoring and information can quickly be sent to thousands of contacts. Telegram Channels can have unlimited number of participants. Telegram groups can have up to 200,000 participants per group, and send files up to 1,5GB whereas with Whatsapp its nly 16MB! You can download Telegram App from google playstore, or Telegram.org.

Join us on Telegram on our channel:
https://t.me/wwwgospelnetwork

6. Fellow Christians, consider supporting the Christian political parties that we have, even add more.

The question is, are you really a Christian when you do not vote for your own Christian party in Government? Why do you vote for a party that worships ancestors or promotes the gay lifestyle? Truly speaking, is that not denying your faith?
Rather start voting for Christian political parties that promote Christian values.

The question is: where do YOU get your news from? What is your main source of news?
Is it News24, Beeld,Timeslive, Sowetan, Daily Sun, Die Son, CNN, BBC? Don’t you know these Mainstream News outlets are not owned by Christians and promotes anti-Christian values? No wonder you see so much fear around you!

So why don’t you get your news from Christian sources? The answer is simple: because there aren’t Christian Mainstream News Outlets available.

But now this is changing.

Change your outlook on life and news. Start supporting your new Christian Mainstream Media platforms, www.Nuus.News, www.Izindaba.News, www.Iindaba.News and www.Ditaba.News, where you can get Christians news in your language that will build you up and strengthen your faith. Nuus.News will also cover the aspects that you want to change, and will have links to Gospel.Network so you can jump to action as soon as it’s needed.

You can now get your Christian Mainstream News from www.Nuus.News,
then go and Vote on www.Gospel.Network and
then give your Good News Testimonies  on www.Gospel.International

8. Join Gospel.International and share your testimonies about what Jesus did for you

Join our sister site: www.Gospel.International and put your personal testimony of how you got born again and all the good things the Lord has done for you on the platform. It works just like Facebook and you can like and share testimonies with others. The aim is to give Jesus all the glory and to testify before people your faith in Jesus. It’s the ideal platform to take your testimony international. Jesus said if you do not testify about Him before the people, He will deny you before the Father and the angels (Luke 12:8-9, Matt 10:33).

Share Gospel.Network on Telegram, whatsapp, and social media but also try to send emails to all your fellow Christians. Phone them, sms them, mobilise them any way you can. There is no block on emails, and we can reach more people quicker by using every means possible. We need to get at least 10million Christians onto the database. If the “I’m staying” movement could get more than 1million followers on Facebook in just 3 months, then so much more can the Church add millions of people to the database in a short space of time to affect the needed changes soonest.